Vixen is our beautiful little keeper puppy from the Keepin' It Country Litter.  Vixen is a classic Doberman - cuddly with and protective of her people, and aloof with everyone else.  She is frequently serious, focused and earnest, often naughty, and always a lot of fun.

Vixen has been making waves in the conformation and performance rings in 2022!!  Vixen attained her Canadian Championship in May, 4 days before her first birthday, with a 4 point Best of Winners.  Her Grand Championship was quick to follow in November of 2022 at EKKOC, with a number of lovely Select Bitch placements including Select Bitch at the BC Doberman Pinscher Specialty.  Along the way, Vixen also left her mark, winning 3 Best in Sweepstakes including at the BC Doberman Pinscher Specialty, and 1 Best of Opposite in Sweepstakes.

Vixen shone in the Rally Obedience ring, earning her Rally Novice quickly, with three back-to-back qualifying legs in the ribbons.

She then entered the sport scent detection arena, earning her RATN and RATO barn hunt titles with panache.  She has also started her journey in NASDA scent detection events, and has earned her Shed Hunt Level 1, and is close to completing her Trail and Locate Level 1 and her Urban Locate Level 1. 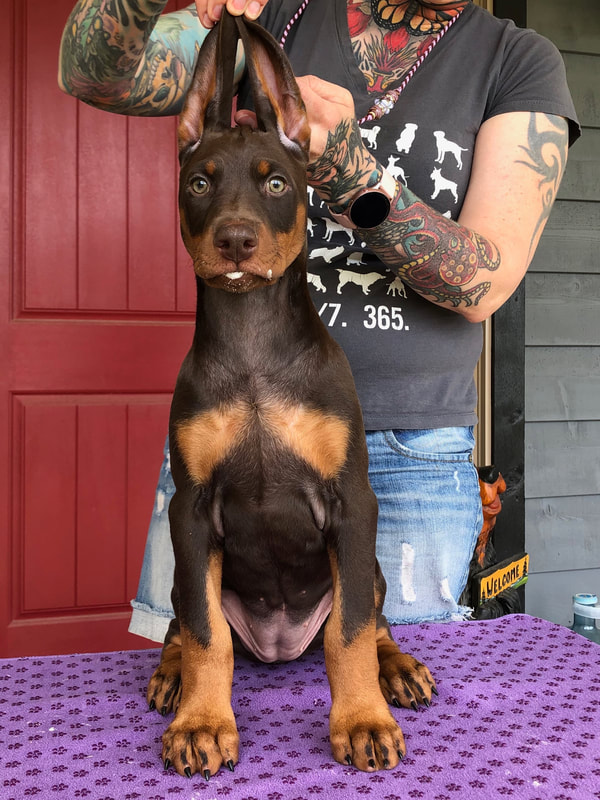 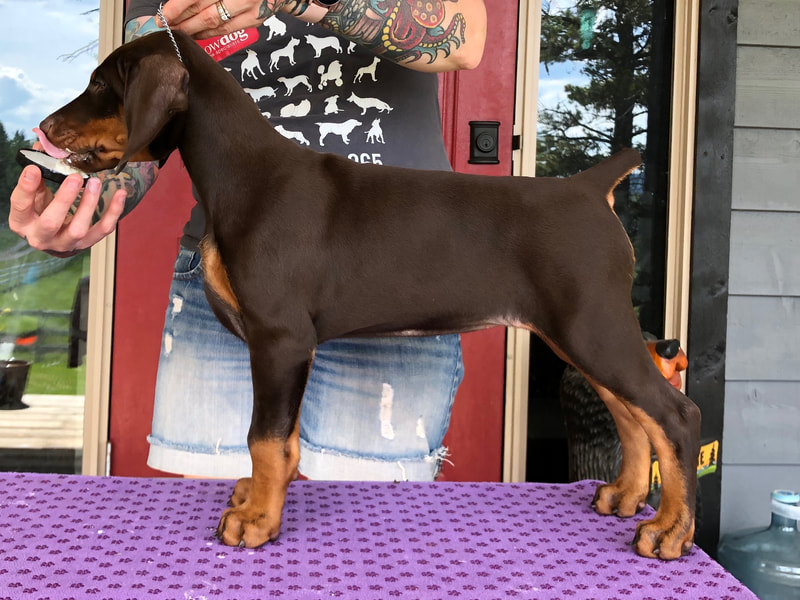